The Le Frecce are a series of modern high-speed trains connecting cities and towns all across Italy. From romantic Verona in the north to the baroque city of Lecce in the south, travel with Le Frecce trains for a speedy and comfortable trip with a great quality service.

There are 3 types of Le Frecce train, called Frecciarossa (FR), Frecciargento (FA) and Frecciabianco (FB). Together, these trains cover most of Italy, including major cities such as Rome, Milan, Venice and Naples.

Frecciarossa has 78 daily connections and runs on the route from Turin to Salerno with hourly departures from 6 a.m. – 8 p.m. between Milan and Rome.

Frecciargento connects 54 destinations in Italy, using the high-speed and the traditional rail network. lt connects cities like Rome with the north and south of Italy.

Frecciabianca trains connect to 87 destinations across Italy. With regular services departing hourly between Milan and Venice as well as regular services to Northern Italy, the Adriatic coast, Tuscany and the Liguria coast.

Please note that the Eurail Pass is only valid on domestic Le Frecce trains. International routes are not included.

How to make reservations for Le Frecce trains

You can reserve your seat on a Le Frecee train in the following ways:

Keep in mind that trains can become full during busy times, like high-season (May - September) and holidays.

It's not possible to travel in the other travel classes that are offered in Frecciarossa trains with a Eurail Pass.

Facilities may differ per train and route. 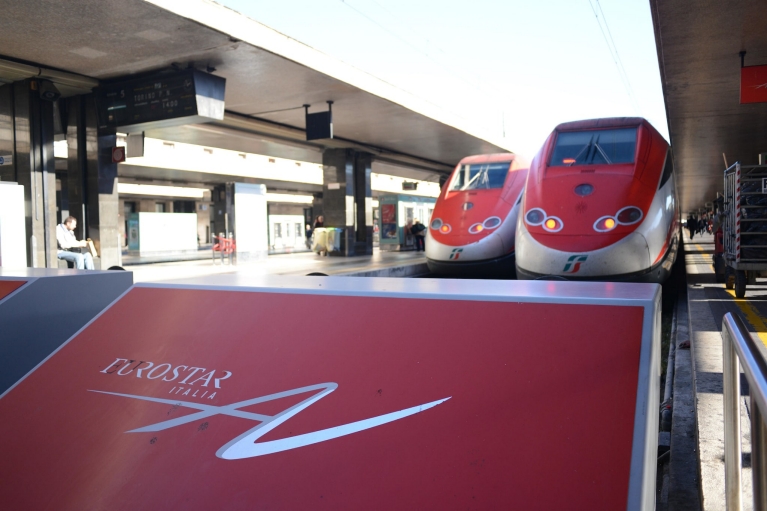 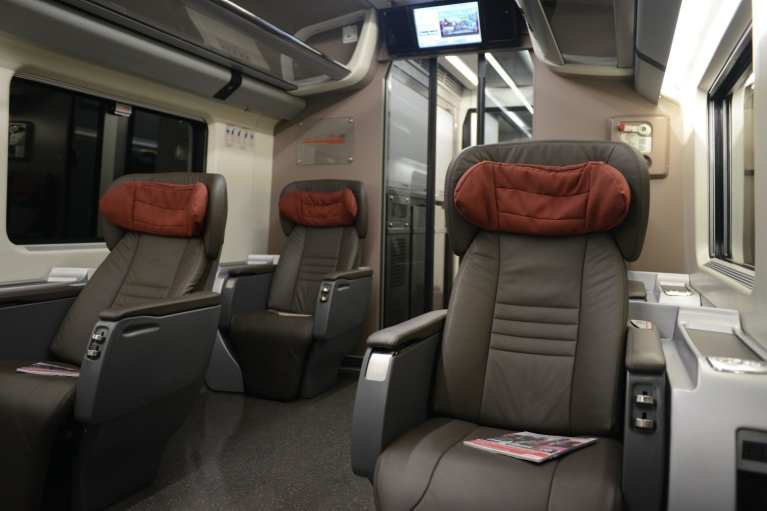 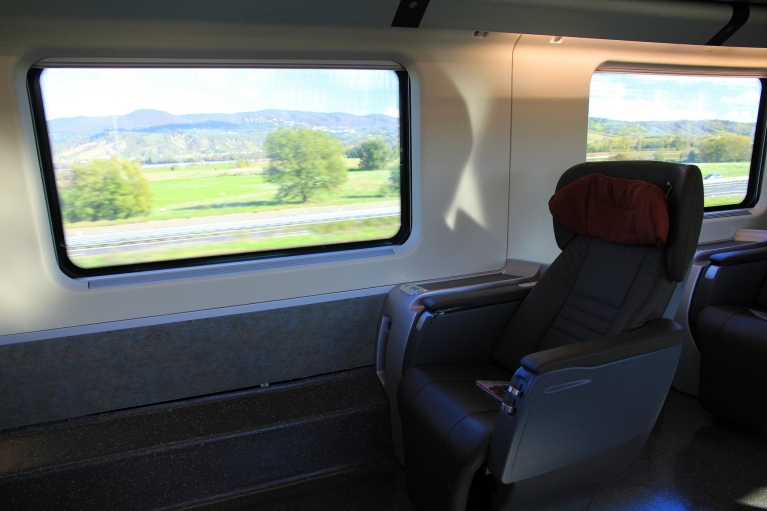 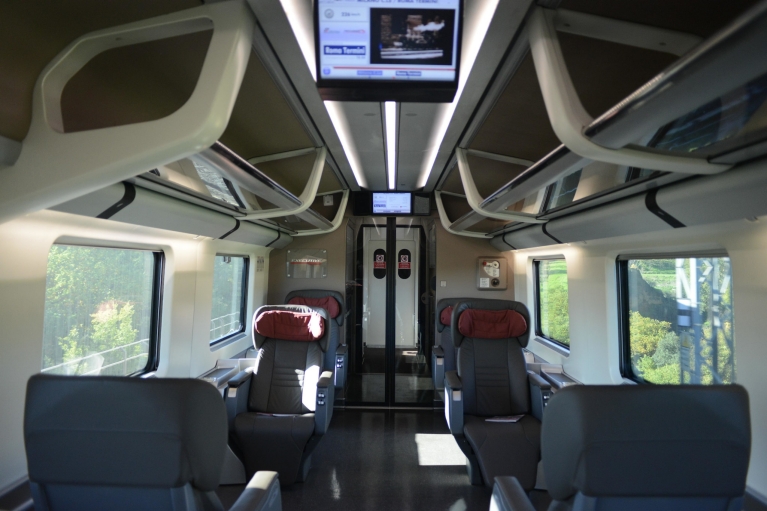 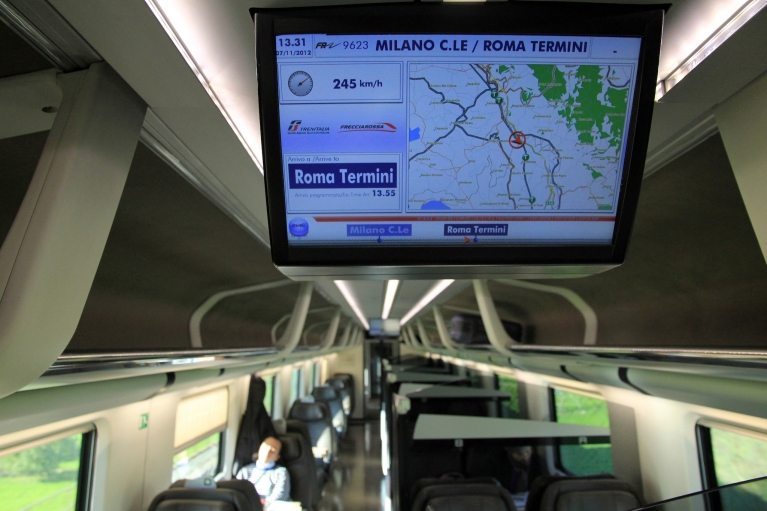 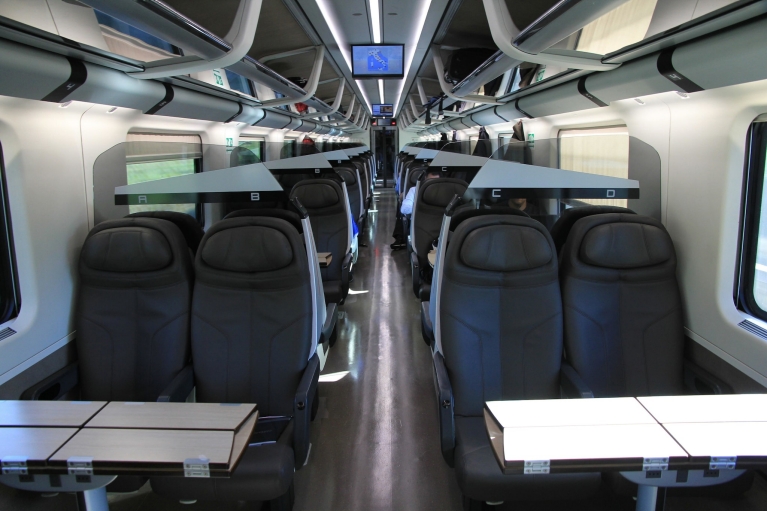