From haunted castles to eerie catacombs, Europe is a hub for dark tourists all over the world when it comes to exploring the mysteries of death and tragedy. We compiled a list of grim attractions to visit around Europe, but a fair warning to those who seek the macabre, this is not for the faint of heart!

This castle gained new popularity after being set as the filming location of "The Nun." While the history of the castle is anything but what's portrayed in the film, the castle has plenty of dark stories of its own. According to legend, it's haunted by three Turkish prisoners who had been promised freedom, but were beheaded instead.

Explore this spell-binding fortress by train and don't miss the Knights Hall or the infamous Bear Pit!

SEE PRICES FOR OUR ROMANIA PASS

Paris might be known as the City of Lights but underneath the busy streets and alleys lies a huge, dark labyrinth housing the dead.

The catacombs contain more than six million bodies which were exhumed from graveyards and were taken to the underground to help resolve the city's lack of burial space in the 1700s.

More popularly known as the Bone Church, the Sedlec Ossuary contains a collection of 40,000 human skeletons carefully and artistically arranged inside the church.

Back in the 14th and 15th century, the church cemetery was known for its "Holy Soil" and thus became a desirable burial site for victims of the Black Death and Hussite wars. 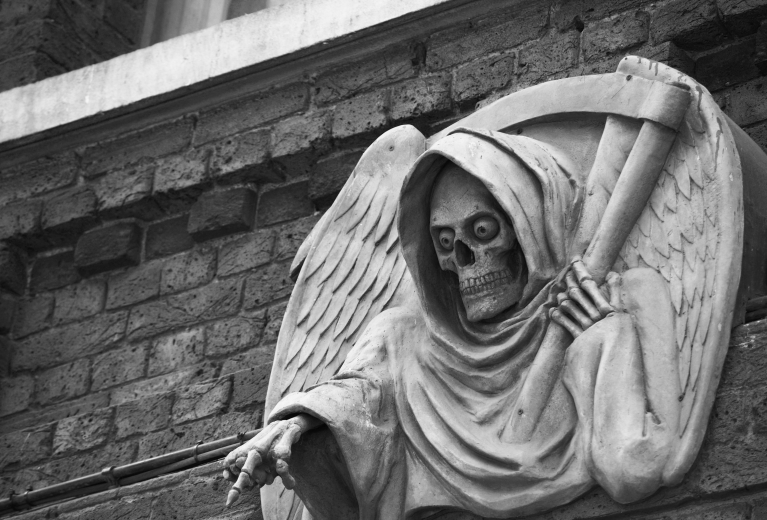 Witness and experience the horrors of those dark times first-hand by visiting the Amsterdam Dungeon. The attraction features an interactive adventure with live-actors, shows, and special effects. Approximately 15 miles from Naples lies Pompeii. Buried under the ashes of Mount Vesuvius, the old Roman city paints a grim picture of the destruction that took place centuries ago.

The hollow spaces left by the decayed bodies have been filled with plaster to create casts of the ‘terrified’ people, making it the perfect destination for dark tourism. Poveglia is a small Island just off the Italian coast. The island has been home to plague victims, war refugees during the Ottoman conflicts, and later the mentally ill. The latter group fell victim to a crazy doctor that used the patients for brutal experiments. It is said that the island is still roamed by the ghosts of all of those that met their cruel fate during the hundreds of years of dark history.

You can get to  Poveglia by taking a train to Venice since the Island is usually accessed from there. There are no tourist ferries from Venice to the island, but you can take a private boat to get there.